How Long Can Vegan Cheese Be Left Out 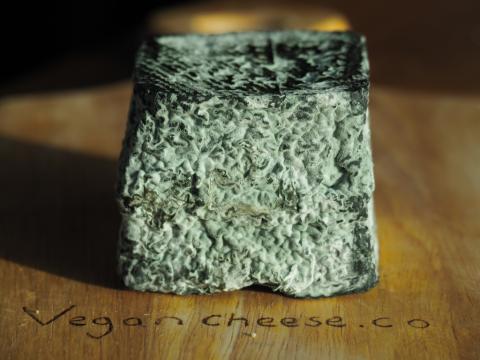 Have you accidentally left out your favourite vegan cheese overnight on the kitchen side or table after a sneaky few nibbles before bed?

We've all been there and the very next day, our first thought is, is this vegan cheese ok and how long can it actually be left out of the fridge?

Have you accidentally left out your favourite vegan cheese overnight on the kitchen side or table after a sneaky few nibbles before bed?

We've all been there and the very next day, our first thought is, is this vegan cheese ok and how long can it actually be left out of the fridge?

This depends on a number of things, the cheese type and how it needs to be stored, the temperature of the room its been left out in and the ingredients used in the cheese.

Is there a short answer to how long can vegan cheese be left out? Potentially and for that we would say never more than a couple of hours.

As you try new vegan cheeses and find new favourites, you will get a feeling for how long they can last out side of your fridge.

Just remember, no matter what vegan cheeses you get out to enjoy and share, as long as it's cooled again within a few hours it should be fine to continue to store until you want it again.

How Long Can Refrigerated Vegan Cheese Be Left Out

If you have vegan cheese which needs to be kept cool, hence refrigeration is required, we would recommend not having it out more than a few hours.

But this also depends on the ingredients used and the ambient temperature outside of the fridge.

Supermarket Vegan Cheeses Made With Starches and Coconut Oil

If you have a coconut oil and starch based vegan cheese, one you are likely to find in a supermarket store, such as Violife.

You can have this vegan cheese out for hours because of its oil content which will help preserve the vegan cheese whilst its outside of the fridge and stop it getting mouldy.

It will also help with it sweating if it is warm outside of the fridge.

But What About Artisan Vegan Cheeses

Artisanal vegan cheeses which are mostly made from wholefood ingredients can too be left out, but we would not recommend as for long.

We have had bad experiences with these types of vegan cheese drying out, going mouldy, sweating and other bad results after removing them from a cool area or fridge.

How To Store Vegan Cheeses

Most of the vegan cheeses that are meant to be kept cool should be stored at a temperature of around 4 degrees celcius.

When storing vegan cheeses at this temperature, we have successfully had them last many months and even beyond their best date, without any issues.

Again there are other variables with this, and that is with the packaging.

Some vegan cheeses come packaged in paper which is not air tight or sealed in any way. When we have these cheeses, they do not last anywhere near as long in a fridge or outside of the fridge because the ambient air around them can come in to contact with the actual cheese.

The great news is that if you are storing vegan cheeses in the freezer, you should have them last months. We have tested this with a number of vegan cheeses and they have always come out after defrosting and tasting fresh and with no issues to the texture.

The beautiful vegan chees above is the TyK Blue Vegan Cheese and cheeses like this, which have a natural mouldy exterior. They have been created lovingly like this in specific ways.

The great thing about vegan cheese is that a lot come are hard vegan cheeses and some even come in jars and made of dry ingredients and others are sealed in an oil, such as some fetas and greek vegan cheeses.

You'll find vegan parmesan cheeses, which are mostly made with cashew nuts last very well out on the side and ready to be sprinkled on your next meal.

You still have to keep an eye on the temperature as sost of these vegan cheese types will be completely fine being left out, as long as it isn't too hot in the home where they are kept.

You might find any moisture that gets in with the ingredients may sweat or cause issues with the vegan cheese.

They will last days, if not weeks kept out in their packaging or jar and should be good to consume whenever you want them.

Thinking of going vegan but finding it hard to quit dairy cheese?

Go check it out as we're sure you can find a new favorite or first vegan cheese that you love!

Join our special crew of supporters who are helping us promote the world of vegan cheese, help people find new vegan cheese favourites, and support our annual Vegan Cheese Awards!

What is your favourite vegan cheese type?

Select a type below to find a new favourite!